Our vision is to create a stronger, healthier, more vibrant Tucson through our community gardens and partnerships.

Our mission is to build community gardens where Tucsonans grow food, work and learn together, and nurture well-being in our communities.

We share, learn, and grow with one another: this is the heart of community gardening.

We commit to community gardening that is equitable, inclusive and accessible to all people regardless of race, color, ethnicity, national origin, religion, sexual orientation, gender identity, family status or ability. We are equally committed to doing everything we can to help eliminate bias, discrimination, and intolerance in our gardens.

We create shared gardening experiences that bring enjoyment, friendships, and a greater sense of community.

We use natural methods that help protect and preserve our environment and benefit ecosystems through organic gardening practices, creating pollinator habitats, and conserving water.

We enable Tucsonans and their families to increase healthy food access by growing and producing food together.

We create a space for sharing knowledge, cultures, and traditions between generations of gardeners.

In 1990, George Brookbank, a University of Arizona Cooperative Extension agent, and Darlene Schacht, a Master Gardener, together created a program to teach gardening using hands-on experience. When George retired in 1995, the new County Agent decided to disconnect from the gardens and the City of Tucson decided it wasn’t interested, so Community Gardens of Tucson was formed as an independent organization by Darlene and George.

Our first garden was created on a vacant lot near 1st Avenue and Limberlost, donated by the Hand family. The plots were rented by participating families for the cost of water.

Interest in the community was high and by 1997 there were six gardens in the CGT world, each with a site coordinator and connections to their neighborhood. All worked with and learned from George and Darlene.

In 1995 George Brookbank, with the help of dedicated master gardeners, formed the Community Gardens of Tucson as an independent, volunteer organization. And in 2009, CGT became a 501 (c)(3) Arizona nonprofit corporation, with Darlene as incorporator, and George and two gardeners as the initial board of directors.

More than thirty years later, CGT is a growing nonprofit. We currently have 17 gardens throughout the city being cared for by more than 300 gardeners. We support ourselves through plot fees (dependent on ability to pay) and donations from generous supporters. 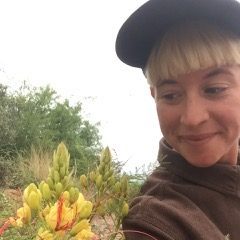 Sasha grew up along the marshy coastlands of Maine, but has been enthralled by the Sonoran desert ever since they first moved to Arizona in 2011. Sasha enjoys spending time outside and getting their hands dirty, as well as facilitating connections between people and plants. They are committed to supporting the needs of their community and sharing the joy of gardening with others. 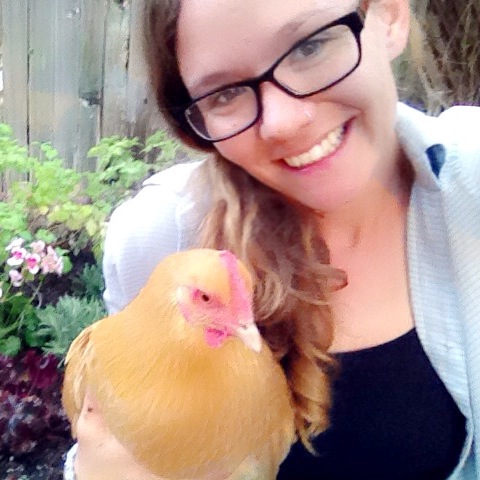 Jessica has been with the Community Gardens since 2014. She has been the garden technician, the gardens manager, administrator, and is now excited to devote more time as the garden educator for our Kids in Gardens program. She has been teaching children and adults in our garden communities for many years, helping to make our gardens learning labs for students of all ages. She is also an Arizona Master Naturalist, educating our entire gardening community on how we are connected with our larger Sonoran Desert Region. 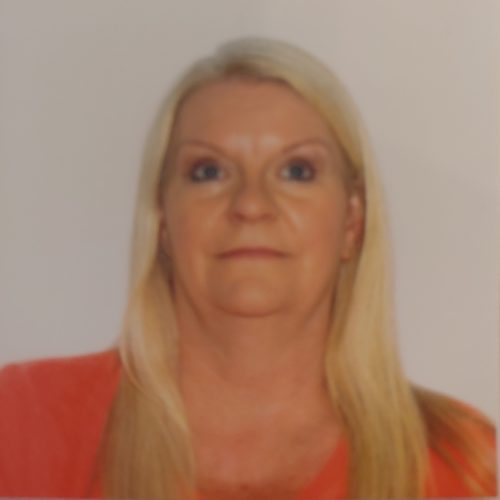 Cara moved to Tucson from Illinois in 1980. Cara and her husband, Sean, enjoy gardening at their home and spending time with our two granddaughters. She is also active in animal rescue and currently foster dogs for several local rescues. 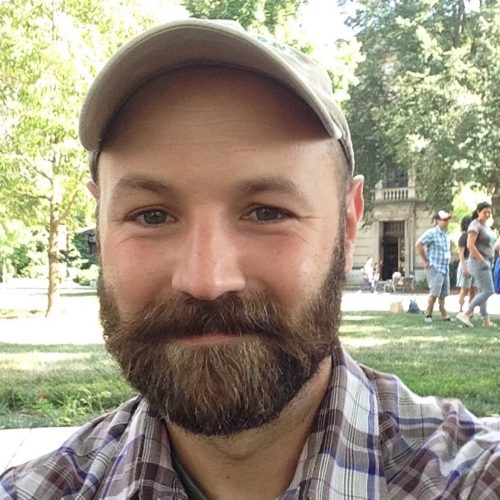 Parker Filer grew up playing and working (also snacking. a lot.) in the backyard gardens of his parents and grandparents in western Pennsylvania. Fond memories of harvesting green beans, tasting homegrown watermelon, canning tomatoes, beets and applesauce, and pickling cucumbers, are what motivates his service on the CGT Board of Directors. Parker began studying plant science and food production at Yavapai College in Prescott, AZ in 2001. He later earned a Bachelor of Science degree in Plant and Soil Science from the University of Hawaii and a Masters degree in International Agriculture and Rural Development form Cornell University. He currently works at the University of Arizona in the Cooperative Extension service as an Assistant Agent of Horticulture where his duties include supporting the Pima County Master Gardener program and Pima Smartscape program. 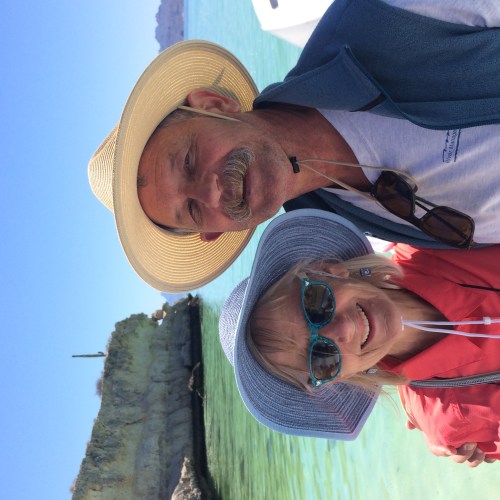 After serving four and one half years as Executive Director of the International Dark Sky Association, Scott retired to pursue a number of personal dreams and passions, including giving back to the nonprofit sector as a volunteer. Based in Tucson, Arizona, IDA is the world’s only non-profit organization whose sole focus is to reduce light pollution and its many adverse environmental impacts.

Scott, who has worked in the non-profit conservation environmental and advocacy community for 35 years, previously served as Executive Director of Audubon Canyon Ranch, a nonprofit conservation education organization dedicated to protecting lands in northern California through habitat preservation, public education and conservation science. During his four and a half years at ACR, Scott created long‐term financial health and stability for the organization and successfully negotiated the transfer of more than 3,000 acres of wild lands, more than doubling the nonprofit’s Preserve system.

Prior to his work at ACR, Scott served as interim Executive Director and conservation director for California Trout, headquartered in San Francisco, California’s leading nonprofit protecting and restoring California’s wild trout and steelhead. In his role as CalTrout’s Executive Director, Scott managed a multi‐million dollar budget, and was responsible for budgeting, strategic planning, and board governance.

Before leading the conservation work of California Trout, Scott served as Executive Director for the Marin Conservation League, a nonprofit working to preserve, protect and enhance the natural assets of Marin County, California.

Scott’s professional conservation career began in 1980 as an intern with the National Wildlife Federation, where he held a number of positions, including staff scientist, lobbyist, director and vice president. Following a 21‐year career with the NWF, Scott served as the director of conservation programs for The Nature Conservancy’s Alaska Chapter. 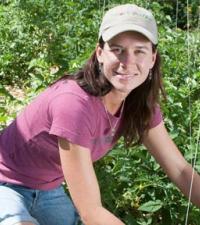 Natalie Shepp has been with the Community Gardens of Tucson since 2009, when she started the Highland Vista garden in her neighborhood park. She held the position of Site Coordinator for ten years and then joined the CGT board in January 2021. Natalie is also the Senior Program Manager for Outreach and Education for the Pima County Department of Environmental Quality (PDEQ), where she leads efforts to improve air quality and environmental sustainability in Pima County. Over the last decade, she has worked extensively with young people and adults, coordinating health and wellness education through the University of Arizona Cooperative Extension’s 4-H programs, including the Tucson Village Farm. Natalie graduated from the University of Arizona with a BS in Environmental Sciences and a Master’s Degree in Public Health. 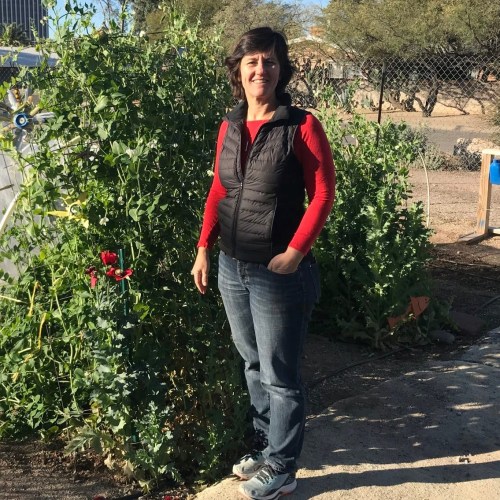 Gillian Paine-Murrieta, brings to the Community Gardens of Tucson (CGT) the  strong administrative and leadership skills she has developed over her 30-years as a Laboratory Manager at the University of Arizona Cancer Center.  Gillian volunteers her skills across multiple efforts that have included being a Board Member for the local non-profit youth organization El Grupo, a local election official, a school volunteer in multiple schools, and an organizer for youth sports teams.  She has a passion for community improvement through involvement, engagement, kindness and education, especially as it pertains to sustainability and the environment.  Gillian loves plants and gardening with the CGT, where she is currently the site coordinator for the Highland Vista garden. Gillian’s four favorite things are walking/hiking, community, clouds and trying new things.  She joined the CGT board in March 2022. 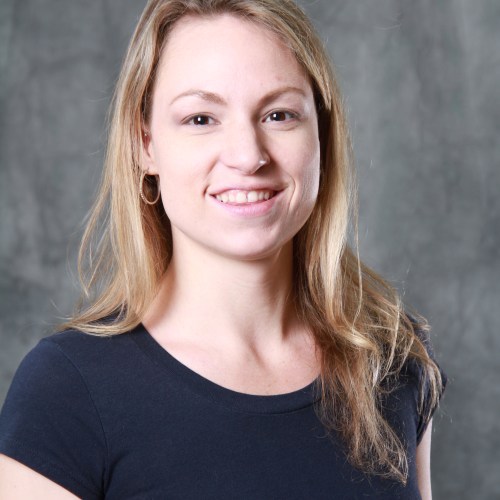 Brittany Guerrero recently joined Community Gardens in 2022. She brings over 7 years of nonprofit experience in community engagement, company collaboration, professional development, fundraising and project management. Brittany received a BA in Sustainable Community Development from Northern Arizona University and has since worked with the Community Food Bank as well as a number of neighborhood grant-funded projects. With a passion for gardening, Brittany is committed to creating a resilient local foodshed and ensuring that community members have access to healthy food options. 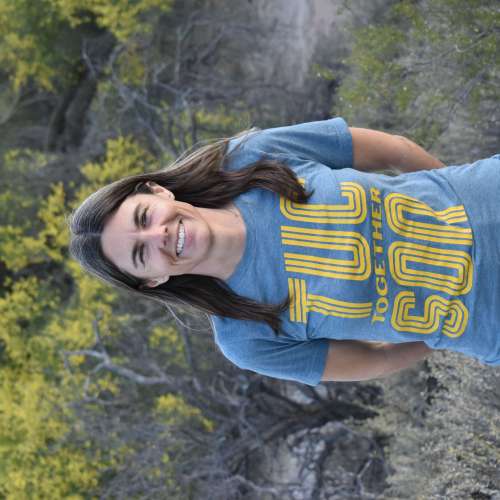 Jen started gardening with CGT when she and her teenage daughter rented a plot at the Shay-Shay Garden in 2021.  Her service with CGT is inspired by a love of gardening and the belief that gardens bring people together in a positive way, something she has witnessed while working as a “garden mom” in her children’s school gardens and as an educator with Tucson Village Farms.  As a physician and a passionate believer in the concept of One Health (the interdependency of human, animal and environmental health), she believes that gardens are important places for health and well-being.  Jen currently works as a pathologist and is pursuing a master’s degree in Public Health with a One Health emphasis at the University of Arizona.  She graduated with an MD from Loma Linda University and a BA in Business Administration from Pacific Union College.  In her free time, she can be found gardening, cooking, hiking the Arizona trail with her kids, volunteering with local groups that better the Tucson environment and supporting her children’s school, music and sporting events. 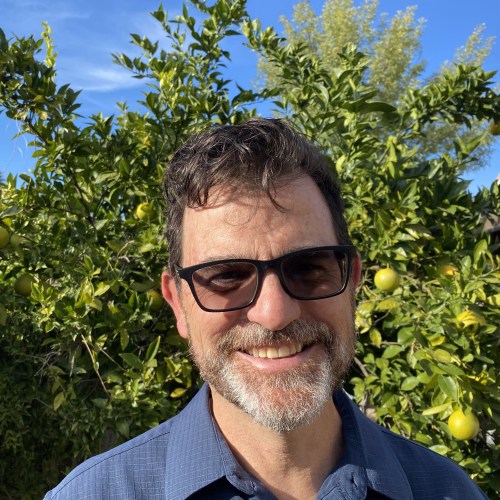 John Brown has been part of the Tucson community for over 38 years. As a longtime Farmers Insurance Agent, he has learned both interpersonal and marketing skills which he uses to assist the CGT in growing its community. Having joined the board in October 2022, he enjoys sharing the mission of the CGT with Tucson residents and businesses.

John loves fresh air and sunshine. Some of his favorite activities are mountain biking, running, hiking, backpacking, and camping. Other volunteer activities include hiking and biking trail clean ups. He also enjoys cooking with a variety of vegetables, especially ones that improve gut health, brain function, and reduce the risk of cancer. His passion for healthy eating makes him appreciate the CGT even more, since it makes fresh and healthy vegetables more accessible. 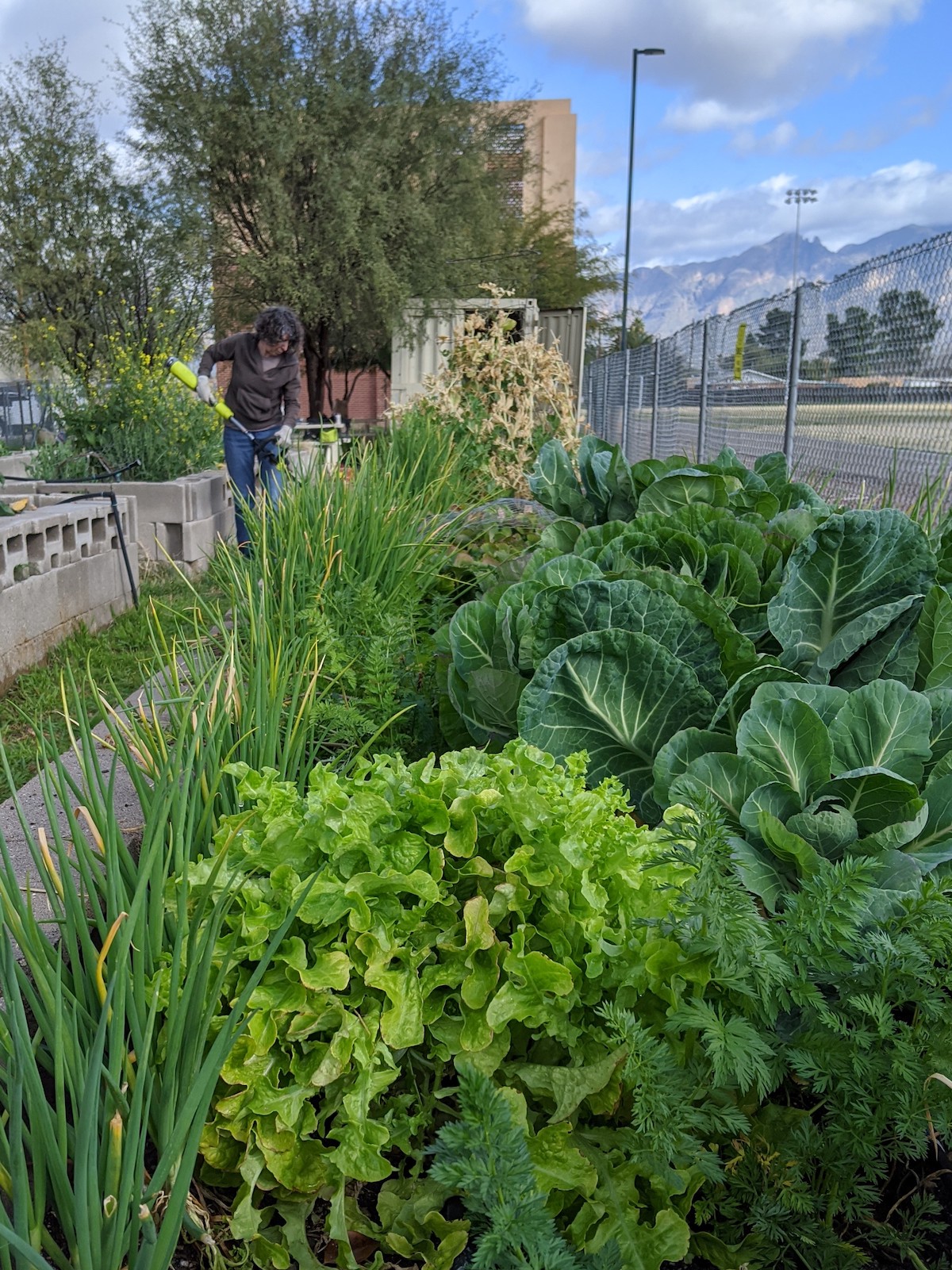 Community Gardens of Tucson works in partnership with neighborhoods, churches, government agencies and private entities to develop new community gardens. CGT can provide technical assistance and guidance for the construction of new gardens.  CGT will manage new gardens if they meet specific criteria:

If your group or organization can meet these criteria, please contact us to discuss building a new community garden in your neighborhood.

Community Gardens of Tucson acknowledges that the lands on which we garden are the traditional, ancestral and unceded territories of the Hohokam, the Tohono O’odham and the Pascua Yaqui peoples who have been living and farming on this land for thousands of years.

We are grateful to learn from the desert farming practices these Indigenous peoples have developed through the centuries.

We recognize the historical injustices perpetrated on Indigenous people and that colonialism is still an ongoing process and are mindful of our own participation.

We honor and celebrate the cultures and contributions of the Indigenous people of the Tucson Basin. 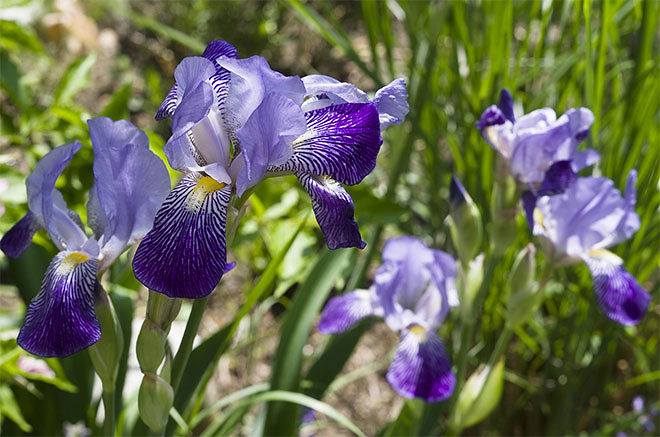 On December 18, 2009, the Community Gardens of Tucson was incorporated in the state of Arizona.  Important documents:

The Community Gardens of Tucson welcomes inquiries about activities in our gardens.

Media inquiries should be send to admin@communitygardensoftucson.org.

CGT recognizes the historical injustices perpetrated upon the Indigenous people of the Tucson Basin. We honor and celebrate the cultures and contributions of those whose land we now garden on.